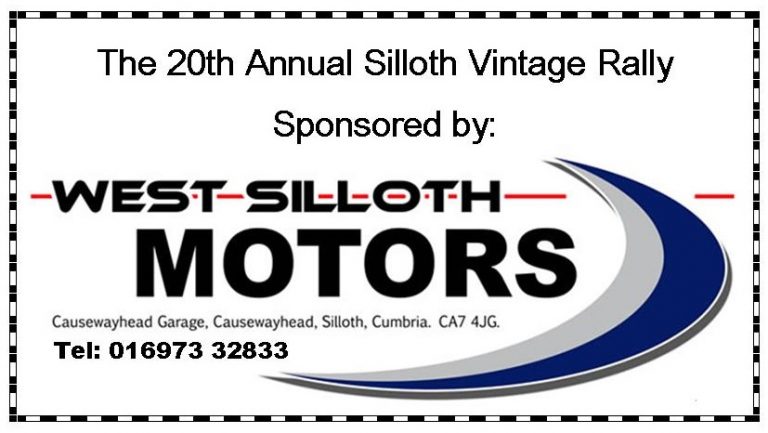 The 20th Silloth Vintage Rally took place over the weekend of 8th and 9th June 2019 which proved to be a fantastic event, despite the weather on Saturday which was far from brilliant. A lot of other events had been cancelled over the weekend but that was not the case with the Silloth Vintage Rally…..we simply had a slightly later start. There were lots of exhibits on show and thousands of visitors making the most of the wonderful venue. Everywhere you looked there were Vintage vehicles and machinery on display. The exhibits included vintage steam engines, stationary engines, commercial vehicles, buses, military vehicles, classic and vintage cars, motorbikes, push bikes and various vintage tractors and agricultural machinery.

On Saturday, there was a children’s football tournament which is always popular with the kids and their families, with some very talented and determined youngsters taking part. Unfortunately, the Cockermouth Ukuleles didn’t manage to get through to the Rally due to the weather. Entertainment was provided by Greg Chapman, who gave an enjoyable and entertaining display of escapology, juggling, storytelling and witty banter. On Sunday, the Border Concert Band performed in the main arena and were a pleasure to listen to. Adrian Smith aka Mighty Smith, who came 5th in the World’s Strongest Man & three times Winner of UK’s Strongest Man Competition, also performed in the main arena on Sunday. He organised a £1,000 open challenge if anyone could perform all the feats of strength that he does in his act.  No-one succeeded, although there were a few keen contenders. Ichabod Steam and his Steampunk Submarine was also at the Rally on Sunday and attracted quite a bit of interest. Paul also performed on the stage. The Fairground was also on the Green over the weekend, along with donkey rides for the kids.

Our thanks go to Carr’s Flour, Silloth for having a Museum Open Day on Sunday from 11.00am to 3.00pm in support of the Vintage Rally. They raised a total of £256 which has been split between Silloth RNLI & Silloth First Responders. Members of the public had any opportunity to investigate the rare ‘Carel’ steam engine with giant flywheel that once powered the giant Carr’s flour mill plant at Silloth-on-Solway. The museum also contains artefacts reflecting the company’s history of flour, bread and biscuit manufacture over the years.

Cllr. Christine Bowditch, Chair of Cumbria County Council attended the rally on Sunday and picked the overall winner which was no easy feat in view of all the amazing exhibits on show. Christine chose the 1924 Aveling & Porter C Type Steam Roller (reg JS 2044) from Ross & Cromarty County Council owned by Jim & Audrey Smith of Skerrington Mill, Cumnock. The Living Van was bought in March 2017, now fully restored and apparently built by Alex Laurie & Sons, Falkirk.  This was their first steam rally, so quite an achievement for their first visit to Silloth.

Funding for this annual event is often hard to find but this year we were lucky enough to secure grant funding of £3,000 from the Hellrigg Community Fund and £500 from the Silloth-on-Solway Community Shop. A very big thank you to West Silloth Motors at Causewayhead, Silloth who sponsored this year’s event. Thanks also to our programme advertisers and everyone who bought the programme. Thanks also to everyone who popped along to the caravan and gave a donation. Mr Wood raised £78 in donations for the Rally with his De Merel fairground organ. We can’t charge for admission to the event due to the nature of the Green, so any financial support received is always appreciated. The other way we generate funds is by charging stallholders and food concessions.  We had a good mix of stalls this year, who seemed to have a successful weekend, despite Saturday’s weather.

In addition to enjoying the Vintage Rally, visitors were able to enjoy what the Green has to offer, the gardens, the Fairy trail, the woodland play area, the Water Splash Park and the new Pirate Ship play area. We are so lucky to have Silloth Green which is a perfect location for events and we’re grateful to the Town Council for allowing us to use the Green for the Vintage Rally.

A very big thank you to all our visitors, exhibitors, traders, entertainers, sponsors, advertisers and funders.  An especially big thank you to our volunteers for all their hard work over the weekend and in the days, weeks and months before the rally, in the planning, preparation, setting up and organising of the event, to ensure everything runs as smoothly as possible. Without their efforts this would not be the successful event it is today. All the positive comments we receive over the weekend of the Rally makes it all worthwhile. Unfortunately, the one thing we can never guarantee is the weather but the show must go on. Here’s to the next 20 years!!

We look forward to seeing you all again next year at the 21st Silloth Vintage Rally, on Sat 13th & Sun 14th June 2020. Put the date in your diary and keep an eye on the Vintage Rally website at:  www.vintagerally.co.uk